“Every time we are faced with a choice, and we are faced with them every minute of every day, we make a decision to follow its course into the future. But what of the abandoned options? Are they like unopened doors? Do alternative futures lie beyond them? How far would we wander from the course we have steered were we to go back and, just once, open Door A instead of Door B?”

As I’ve stated before in various blog posts, I’ve been experimenting with reading more fantasy and sci-fi literature. Yet, one crossbreed that I haven’t really touched on is the ‘Steampunk’ genre. So, when I had a six-hour train journey to cope with, I borrowed Mark Hodder’s The Strange Affair of Spring-Heeled Jack from a friend, and inadvertantly found myself falling into an alternative historical novel that not only ticked the ‘steampunk’ genre, but also had elements of mystery, fantasy and questions of morality.

Set in an al

ternative Victorian (or rather, Albertian)  London, and with the use of actual historical characters and events, Hodder’s book brings together a narrative that involves all the power of the Victorian engineering, industrial and manufacturing prowess, along with a labyrinthine collection of murder, mystery, genetic engineering, folklore, sexual deviance, chimney-sweeps, abductions and an underlying current that can only be called ‘pure steampunk’. And who, I hear you ask, is our guide through this intricate world? Who will be the Virgil’s to our Dante’s? The famous explorer, scholar and swordsman, Sir Richard Burton.
After a serious public and personal humiliation, Burton is unsure of what his future holds. His former friend and contemporary, John Speke, has gone missing and presumed dead and his career has suffered a colossal blow. So when he is recruited by King Albert to be the ‘King’s Spy’, he throws himself into the investigation wholeheartedly. And his first mission? To investigate a series of sexual assaults, who have been committed by a  presumed folklore creation, known as Spring-Heeled Jack, and to discover why half-human, half-dog creatures are kidnapping chimney sweeps. But as he gets deeper and more involved in the crimes, Burton finds himself in the underbelly of the London’s most depraved circles, where science, morals and ethics run wild and without consequence.

Now, as a a debut novel, I was very surprised over the quality of the writing, the complexity of the plot, and the well-crafted characters. Debut novels can sometimes be hit-or-miss, and it can be due to the author’s writing style, delivery of story or way they’ve been crafted. But when I read this, I was impressed.

One thing that I really enjoyed with the novel was the 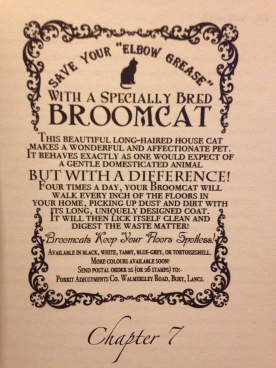 universe it was in. I love alternative history, and was very excited to read a novel that was Albertian, rather than Victorian.  I cannot fault the world-building, as Hodder has really taken on the steampunk idea, ran with it and made it both incredible, yet highly believable. He provided a credible and quite scientific reason for all the steampunk-ness of the novel, and wrote the eugenics side of it in a highly fascinating and technical manner. Hodder explored quite deep topics, such as ‘humanity versus technology’, ‘freedom from slavery’, and ‘what distinguishes us from animals’ in a careful and well-written way, and he also excelled in having various different storylines which didn’t really muddle up or get too convoluted.

In the novel, the characters were also fairly well imagined. As well as the reimagined historical characters, we have different social groups who have their own quirks, and different ages and sexes have been portrayed. However, what did confuse me a bit is that this book is supposed to be focusing of Burton, and the poet Algernon Swinburne, but these are probably some of the least explored characters in the entire book. But, as this is a series, I can see room for more development and backstory. And
Swinburne is quite hilarious in the sections that he is in, so I am hoping for more of him. There was also a need for more female characters. Apart from the odd mention of a woman, the only interesting woman were Isabel Arundell and Sister Raghavendra, yet compared to the men, they barely feature in the novel.
The reason I wouldn’t give this a 5/5 rating is because the last section of the book does get slightly muddled up.It seems almost rushed, and feels slightly unfinished. Now, despite this being a series, I don’t believe the next book is a continuation. So to leave it feeling as unfinished as it does isn’t that great. Also, sometimes the amount of steampunk description did feel too heavy, and too complicated. The same goes for the storylines. However, all in all, I found this book highly enjoyable! A fairly fast-paced fantasy, steampunk adventure and one that I will be eager to continue with! But please, if you’ve read any other steampunk novels, let me know in the comments below.

To buy the book – Waterstones /Amazon