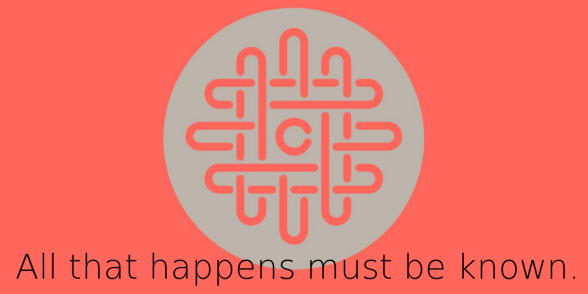 As an adult, one of my prominent literary memories is finishing George Orwell’s 1984 in my living room when I was around 14, and staring at my television with the belief that Big Brother really was watching me.

This interest that I have over surveillance technology has stuck with me to this day. I find the culture of social media, YouTube, Instagram and Facebook incredibly interesting and have done University-led projects on the rise of the YouTube star and the fandom surrounding this.

Set in a not-too-distant future where The Circle, a powerful internet company, runs about 90% of internet trafficking and social sites. We meet Mae Holland, a graduate who lands her dream job working for The Circle and is soon exposed the realities of working for a company. Initially ‘The Circle’ seems like an incredibly positive and forward-thinking company, which prides itself on interest visibility and social connectivity. Yet, as the novel progresses, we see how the jargon that is spewed out by the employees and it’s leaders, three businessmen known as ‘The Three Wise Men’, is masking the dangers of this company. Interest visibility – a good thing in theory – really means constant surveillance and having secrets is a big no-no in this world.

Since 1984, there hasn’t been a novel that’s really hit it on the head with the technological world in which we live in, or what we could do. But I found The Circle to be both brilliant and unsettling.

Whilst reading, it was the story that really got to me. The premise was well thought out, and the plot line was very simple to follow. I think this is important for a novel concerning this amount of technology, as it had the potential to be very overwhelming if the Eggers didn’t dumb it down.

The characters were fairly well thought out. You felt the right amount of revulsion for Mae towards the end, and I liked seeing how she became sucked into the world of The Circle. She was a character I could really believe in.

The negatives of this book were few, but they were enough to irk me. I didn’t think much of the romance that was laid out between the three characters. It didn’t feel real, and it felt like it was just put in for romance inclusion sake. It didn’t add anything to the story. I also found the plot twists were very easy to guess, and there wasn’t anything in the story that really surprised me.

For me, I think The Circle was so impactful because I’ve got friends who actually speak like this. The dialogue that Eggers uses within The Circle felt very real against ‘influencer talk’ that you hear across Instagram/YouTube, and whether why somebody is liking/not liking your post is a conversation I’ve been included in too many times.

I’d say that everyone with a Facebook account should read The Circle now. And afterwards, you should take a long, hard look at your transparency online and whether being connected is all it’s cracked up to be.