Title: Down the Rabbit Hole: Curious Adventures and Cautionary Tales of a Former Playboy Bunny

“While there was a part of me that acknowledged the idiocy and superficiality that surrounded me, I fell for the glamour: hook, line, and sinker. It took years for me to realize just how manipulated and used I had been. I could never admit that to myself at the time, because to do so would have been to acknowledge how dark and scary a situation I was in . . . and how very little in control I was.”

Like everyone, I have my guilty pleasures. And one of them is watching American reality TV. And whether it be Bad Girls Club or Big Rich Texas, I use reality TV as a backdrop of my day-to-day activities. If I’m putting on makeup, or getting ready to go out, or even tidying my room, I’ll pop on a couple of episodes as something to entertain me as I do the mundane jobs. And whilst I was coming down after the sheer panic that was dissertation hand-in, I discovered a incredibly entertaining and silly television programme from the early Noughties.

The Girls Next Door was a long-running E! series focusing on the girls of the Playboy Mansion, particularly on the exploits of Hugh Hefner’s three girlfriends, Kendra, Holly and Bridget. The programme was highly comical, seemingly fake and featured a lot of blonde bombshells, which

made for entertaining viewing and addictive viewing, and the three girlfriends each had their own personalities and quirks. From this I quickly became immersed in their day-to-day activities as they did photoshoots, appearances and promoted Playboy. And like with all reality programmes, I found myself liking one of the girls more than the others.
Holly Madison was considered Hefner’s Number One Girlfriend at the time, and I found her kindness, down-to-earth beauty and overall ‘normal-ness’ a soothing balm to the sometimes bizarre world of the mansion. So, when I heard that she was going to release a book which was going to be a tell-all version of what it was like to be a girlfriend, I immediately pre-ordered it.

Down the Rabbit Hole is firstly a memoir of Madison’s life, as she starts off as a small time girl from Alaska and ends up being a successful businesswoman, model, celebrity, mother and wife, and it’s secondly a never-before-told story of her experiences with living in the mansion, the relationships with the magazine mogul’s various girlfriends, the reality show, and dealing with Mr. Playboy himself, the octogenarian Hugh Hefner. Written in a candid and fairly honest manner, Madison reveals that the supposed ‘fairy-story’ that the reality show portrayed was far more twisted and dark, and that depression, boredom, drug-taking, bitchiness and isolation were the rife within the mansion. Her stories about living with being one of Hefner’s girlfriends, abiding by a strict curfew, doing pictorials, and just being in the public eye were interesting, as it shows another world that only a few have experienced, and I found this an interesting and refreshingly frothy read.

Now, despite liking Holly in the television programme, I did get a sense that she acted as though she was the victim within this book. There was an outstanding amount of ‘woe-is-me’. And yes, Madison admits that she did scheme, lie and manipulate some of the girls to get them out of the mansion and out of Hefner’s mind, but repeatedly, she gives us tales of her being bullied by stronger characters, and acts like she came out of it highly traumatised. It was only in the last 1/3 of the book that Holly became stronger and more settled in herself, and didn’t act too much like the victim. There are really important messages in this book, such as abusive relationships, depression and suicidal thoughts and just being happy without a spouse or significant other, but these are unfortunately overshadowed by her ‘holier-than-thou’ attitude. But whether there is truth to the story or not is up to the reader.

But all in all, I enjoyed this book. In some places it can be fairly hard-hitting and just scandalous to read, but so is the world of the celebrity and Playboy. This book isn’t the best written, but nor does it act like it’s going to be. It’s simply the journey of a naive, celebrity Alice as she fell down the Bunny Hole, and how she emerged from the other side.

To buy the book – Waterstones/Amazon

“So I looked for distractions. I looked for a way out that didn’t involve homicide or suicide. And all roads led to music. They always do.”

The first time I heard James Rhodes, I was doing a late night trawl through YouTube, and stumbled upon him playing Greig’s ‘In The Hall of the Mountain King’. How I got here, I’m unsure of. And what happened after the 2 minute 15 seconds were over, I’m not sure of either. I just knew that I had found a musician that was going to become my favourite.

Now, one thing to know about me, is that I love classical music. I grew up with my grandparents constantly having Beethoven playing, and now, listening to Tchaikovsky’s Swan Lake, I am transported back to being a little girl again and dancing around the living room, pretending to be Sleeping Beauty or Odette. My iPod has equal amounts of Ravel and Mozart against Lana Del Ray and David Bowie, and I frequently find myself tuning into Bach on train journey’s. But in my opinion, breaking into this industry as a young fan can be met with snobbery and disbelief that you’d rather be listening to Rachmaninoff rather than Rihanna. So, when I found this pianist, who wears trainers and t-shirts on stage, swears and gives the audience little insights to the composer’s life, and then goes onto to play such electric music, I was instantly hooked.

And this year, for the second time, I’ll be seeing Rhodes play. And excitement doesn’t really begin to explain my sheer anticipation for this event.

But when I heard his was writing an autobiography, I knew I’d have to have it, devour it, reread it and just learn from it. Because like the composers he talks about, Rhodes’ life has been a rollercoaster of staggering lows, and extreme highs. And in this memoir, he talks how music literally saved his life.

Starting from Rhodes as being a, as he describes himself, ‘a dancing, spinning, gigglingly alive kid who was enjoying the safety and adventure of a new school’, the author reveals that, through an after-school boxing club, he was repeatedly raped and abused by his PE teacher, a man named Peter Lee, for years. Now, not only does this harrowing account tug at the heartstrings of everyone reading it, Rhodes also gives the reader the straightforward fact that issues that surrounded the rape, such as multiple surgeries, scars that are both physical and mental, a host of depression and other mental illnesses and later on, significant drink, self-harm and drug problems, have plagued him through his life, destroyed relationships that he had, been the reason for numerous admissions to various psychiatric hospitals and centres around the world.

So, this is a pretty brutal read. There is no way to flip it around. This novel could be considered too upsetting and harmful for some people, and Rhodes acknowledges that within the first few pages, and also gives trigger warnings when he can. Now, this addition was something that I found particularly clever and meaningful. A lot of books don’t do this, and a lot of people can be caught out unawares. So, kudos there. And as a memoir, it doesn’t hide anything behind a curtain of shame. His story is black-and-white, out there, and for you as the reader to digest as its gritty self. Rhodes writes about having friendships, being in love, being a father, getting divorced, re-finding love and ultimately having undying love for his son and his now-wife Hattie.

But alongside the memoir, this is a love letter to classical musical. Rhodes writes about how music inspired him, saved him and started to help him become whole again. And through a friend smuggling an iPod into him whilst Rhodes was in hospital, rediscovering the piano and the constant companion of Bach’s Chaconne, the deep scars inflicted on him start to knit together. At the beginning of each chapter, there is a piece of corresponding music that relates to the next few pages, and Rhodes gives the reader a short introduction to the composer and who they were, which I found to be one of my favourite parts of the books. Also, as all the pieces are available to stream and listen too, you get taken on a journey through the music itself, as well as the book. Rhodes also spends a lot of time addressing how stereotyped and warped the genre of classical musical has become, and how, by big labels and the music industry of today, how damaging they can be towards the progression of classical music as a reputable and popular genre. As, as a reader who doesn’t know much about the music industry, it was interesting to hear it from an actual musician who has an insider’s perspective.

Now, in actual publication sense, Instrumental almost didn’t see the light of day, as a vicious court battle ensued before release between Rhodes and his ex-wife, over a ban being slapped on it as, allegedly, the content could cause psychological damage to their son. But, in a Supreme Court hearing overturning the ban, this has not only garnered up mass support and media interest for the book, but also on how freedom of speech is accepted in modern-day society.

So, to sum up, in my opinion, this is an incredibly important book. Yes, it’s not the best written, and sometimes it goes on tangents, but the reader gets instantly sucked into the world of music, madness and medication. It gives Rhodes a voice to properly tell his story, and it sheds light on the sometimes forgotten world of classical music. And through his words and through the Supreme Court hearing, it may just be that book that could offer support and help for anyone suffering in the way that Rhodes did. So, please. Go and buy it. And sit down with some good headphones and a copy of Beethoven’s Symphonies. 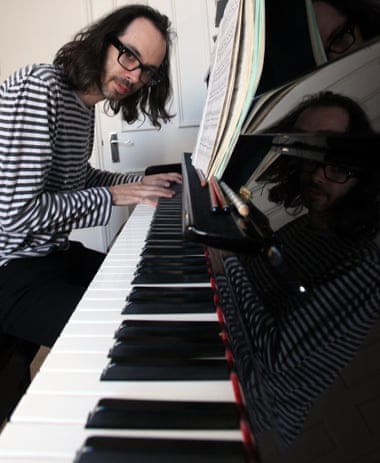 To buy the book – Waterstones/Amazon.