As part of my job, I’m very lucky that I can go and interview authors and people of note. So when I was put onto contacting and reading The Many by Wyl Menmuir, I was not only excited to have some new reading material, but intrigued that this small publication (independently pushed and just over 130 pages long) has been long-listed for the prestigious Man Booker Prize.

So I picked up a copy from my local bookshop, and set about reading. It took me just over an hour to devour it, and I’m pleased to say I was hooked. The Many is worthy of the nomination, as the story is brilliantly woven, expertly told and with different voices and with a satisfying ending that will both leave questions unsolved, yet the reader entirely sated.

Set in an unnamed fishing community on the North Cornish coast, the novel focuses around a new arrival to a very close-knit and closeted community. On paper, Timothy Bucchanan’s move from London to the village makes perfect sense. However, the narrative dives into a world that is completely isolated, mysterious and unfriendly to newcomers. With the ghost of a man that still holds sway over the locals, wasted fish being hauled from a contaminated sea, and unsettling dreams, Timothy soon gets swept up in village life, and with thousands of questions going unanswered, Timothy decides secrets must be unveiled, and the past has to be dug up.

The Many is rare in how it spans and encapulates different literary genres. With biological warfare and contaminated seas signalling science fiction, a world that is cut off and completely isolated being something out of dystopian literature, a murder mystery that has yet to be solved, and a touch of fantasy blending alongside magical realism, this novel feels a lot bigger than it physically is. Menmuir has given the readers enough of the characters to be interested by them, but not bog them down with unneccessary backstories. The figure of Perran, a character who died years before the narrative is set, is like a ghostly figure over the village, and his influence and story is hidden within plain sight. He is never properly physically described, nor do we properly hear him speak (apart from within flashback sequences) yet despite being dead, he is so present within the village conscious.

Timothy arrives at this village with his own issues. He has hopes and dreams of settling down and moving his wife away from the London rat-race, and in touching passages he can imagine himself through different social scenerios. However, this doesn’t happen. And Timothy is left constantly on the outside, yet being the most talked about man in the village.

The village dynamic is also very well written about. As I live on the Cornish coast, I know that there can be some animosity towards newcomers, yet this village certainly runs with it, and brings a Wickerman-esque feel to the narrative.

The novel has some interesting dream sequences, and moments of surrealism/magical realism, which reminds me of the writing styles of Alan Garner and Gabriel García Márquez. These sequences do have to be taken a face value, and towards the end of the novel, the world of the village and probably even Timothy’s own mental state does get a bit fractured, which just adds to the dynamic of the novel.

All in all, a great piece of literature. I’d thoroughly recommend it if you want to try a good read that will stick with you, yet isn’t too physically big.

The Many is out now!

It came on the coat tails of Batman Vs Superman, and gave audiences the taste of a film that was going to be manic, bright, ridiculous and villainous.

With excellent trailers, a cast that is not to sniggered at, and the first reincarnation of the Joker since Heath Ledger’s chilling performance, Suicide Squad was supposed to b

However, despite it giving some kick-ass moments, it failed to live up to expectations.

Originally a storyline that few outside of the comic book readership would have heard of, Suicide Squad tells the story of a motely group of imprisoned super villains who have been forced to be part of a fighting task force and work to reduce their prison sentences. Starring Deadshot (Smith) as the world’s best gunslinger and assassin; Harley Quinn (Robbie) deranged ex-psychiatrist and girlfriend of The Joker; Diablo (Hernandez) pyrokinetic gangster; Killer Croc (Akinnuoye-Agbaje cannibalistic crocodile, and bank thief Captain Boomerang (Courtney), the team have to fight against otherworldly creatures for the government, whilst always actively trying to rebel against the authority that imprisons them.

Excitement rose throughout the release of the trailers and teasers, and there was thousands of questions that comic book fans had to ask. What was Leto’s Joker going to be like? How was Robbie going to portray Harley Quinn in her first full-length live action cinematic debut? Was it going to be light-hearted, dark, somber, violent? How many backstories would feature? Is this going to be a continuation of the Batman Vs Superman line, or be entirely different? So on and so on.

So what did I like about the movie/what was done well? The cast and the acting were very strong throughout. There was chemistry between the cast that was obvious to the audience, and I thought they gelled well together. Despite some of the Squad’s characters not being explored (Killer Croc, Boomarang etc), they still made a good addition and impact within the narrative. Will Smith’s Deadshot was strong, as he was shown to have arrogance and loathing towards the authority that imprisoned him, whilst showing his strong paternal love towards his daughter. Diablo was also a favourite, as he is shown initially to be remorseful over his actions, yet when he warms up to the Squad, he considers them to be the family that he lost. A very sympathetic character in my mind. But for me, Margot Robbie’s Harley Quinn was a favourite.

With her backstory glazed over, the audience wanted more, and when we saw the transformation from the straight-laced Dr Harleen Quinzel to the manic Harley Quinn, I was very impressed with Robbie’s acting ability. Harley Quinn was un-hinged yet still self-aware of who she was, and her love for the Joker and contempt for the mission in hand. This made her character feel multi-dimensional, as she is not just the film’s sex appeal and Joker’s sidekick, but significantly more. She is shown to be completely bad-ass with baseball bat, yet possesses an angel face and dressed as a crazy cheerlander mixing with a circus performer. Harley Quinn certainly made an impact. ,

I’m also very interested in Jared Leto’s Joker. With plenty of boastful interviews about never breaking character throughout filming, and employing method acting constantly, Leto dedicated a lot of time and energy to portraying his Joker, yet we didn’t really see that. The Joker was a minor character in this story, and with around 15 minutes of screen time during the entire film, he isn’t given enough time to
make a real impact. However, I found his gangster apparel and mafia vibe to be tiresome. To me, The Joker is a solitary and lone figure that largely works above the regular villains. Leto makes him far more ‘Mob Boss’ rather than ‘Crazed Clown’. However, I am excited to see if he is explored more in further films.

However, to me the film fell down the pit that Batman Vs Superman did. There was a lot happening, but not a lot of plot, and what plot was there felt very disjointed and full of holes. The way it has been edited together felt choppy and disjointed, and there were some odd flashbacks and films over the film that didn’t really make sense. There was an initial plot line that seemed completely pointless, and the main drama was largely brushed over, and only resolved in the last third.

However, DC has learned from the heavily-panned Batman Vs. Superman by incorporating some lighthearted and comedic moments, which did relieve the drama slightly.

Despite this being a film full of villains, the main antagonist was The Enchantress. However, I didn’t think Cara Delevingne could cope with the character. The Enchantress was supposed to be an all power ancient spirit of a witch and completely evil, yet the actress just couldn’t grasp the severity of the character. If you want chilling villainy, look at Ledger’s The Joker, or Anthony Hopkins Hannibal. She just didn’t make an impact as The Enchantress, or the witch’s vessel, June Moon. She just felt weak to me, which made the final fight scene a bit lacklustre.

If you watched the trailers and read all the hype about Suicide Squad, you may be slightly disappointed. Harley Quinn was a real highlight, but the film itself was confusing, convoluted and not as crazy as we wanted it to be. Unfortunately, DC promised something big, but it still fell beneath expectations. However, if you want a film about crazed psychopaths trying to work together, with weird situations and hilarity ensuing, go and see the film. I found it be enjoyable, but don’t look too much into it.

Suicide Squad is in cinemas now.

Apologies for the lack of posting. My work has been hectic, and I’m taking a much deserved family holiday this week. A regular blogging schedule will resume soon.

To me, classic literature doesn’t mean it’s just old literature, but something that will echo for generations to come. Whether it be remarkably forward science fiction, or acts of romance that make people swoon, or just stories with morals, my top 5 list is my interpretation of literature that people should read in their lifetime. 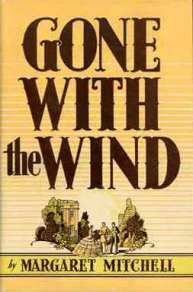 1: Gone with the Wind by Margaret Mitchell

A personal favourite, this novel is grand and sweeping. A dazzling romance set in one of America’s most brutal and blood-thirsty periods, Gone with the Wind shows a civilisation and time that has now disappeared. It’s a tale of survival and new beginnings for one Southern Belle, who changes from being a pampered mistress to a fighter in the Deep South. 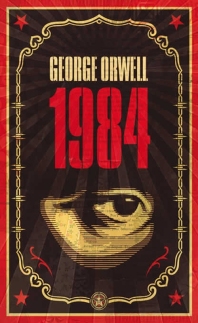 This novel is one I can read time over time over time again. An alternative yet familiar world, 1984 set the bar for dystopian literature. With forbidden romances, government control, cult leadership and surveillance taking over the world, 1984 is one of those novels that will broaden your mind forever, and make you realise that Big Brother really could be watching you.

Set in the sublime and wild Yorkshire Moors, Wuthuring Heights is a classic tale of revenge and obsession. With a multi-generational family, gothic overtones, physical and mental cruelty, Wuthering Heights tugs at the very extremes of nature vs nurture. A fantastic book.

Another tale of revenge, tragedy and ghostly happenings. Hamlet is a classic for its use and portrayal of madness and murder, and with famous soliloquies surrounding dreams, death and life, Hamlet also offers an insight into the human condition.

Another personal favourite, and subject of my dissertation. Dracula has set standards for the vampire novel, as well as being a staple in the gothic genre. The novel also focuses on Victorian ideas of masculinity, femininity, religion, science and invasion from foreign shores, and with a host of excellent characters and bone-chilling moments, you won’t forget Dracula in a hurry.

These are my top 5 choices for Classic Literature, and if you have any personal choices/opinions, don’t hesitate in letting me know.