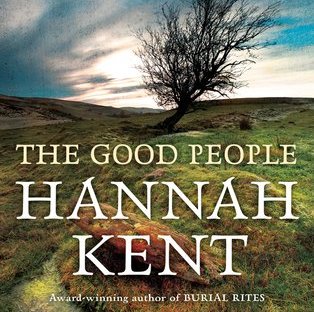 As a reviewer with Irish roots, I’ve always been drawn to tales set in the Emerald Isle. After visiting Ireland a few times, and exploring the Ring of Kerry and the mountains around Dingle, there is a clear sense of ancient magic and wilderness that just oozes from this beautiful country.

So when I was skipping through my Kindle feed (yes I read on the Kindle half the time. With my newest handbag being a Chanel Jumbo, I find it much easier to carry a small Kindle around rather than a beefy paperback), I stumbled upon The Good People by Hannah Kent and immediately got sucked into the story. 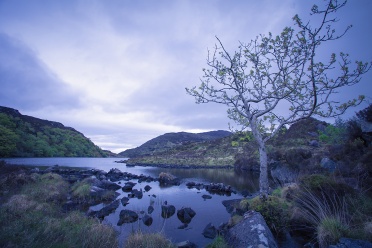 Set in a valley in County Kerry, Ireland, The Good People intertwines folklore, religion, and science in this female-led narrative which is heavily based on their belief of ‘The Good People’ – fairies and creatures that live and cause illness/misfortune to people.

When Nóra’s husband Martin dies and leaves her a bereft widow in the rural community of Crohane, misfortune seems to fall across the valley like a toxin. The cows don’t milk, the crops keep failing and a stillborn baby is delivered, all to the horror of the local population. And fingers and rumours are drawn towards Nóra’s house, as she hides a terrible secret. Her grandson, Micheál – a once thriving boy – has been delivered back to Nóra after the death of her daughter. But much has changed with the boy. The child is unable to walk, speak or even properly communicate, which baffles Nóra as she struggles to bond or care for the boy that was apparently her grandson. However, it is soon suggested that the real Micheál was stolen away by ‘The Good People’, who left a fairy-child – a changling – in their midst. So, it is up to Nóra, her hired help Mary, and the local wisewoman Nance Roche, to sort out the changling child once and for all. But with a new priest in town who disapproves of this so-called heresy over the plight of what he considers to be an ill child, time is running out for these three women.

I’ve found with Kent’s writing that she enjoys writing about female-led stories in which turmoil is mixed in with a dose of reality, as this and her other novel Burial Rites, all deal with stories that have a basis in fact. The worries about ‘The Good People’ were held by Irish people at this time, as were the conflicts that the Church had with these almost pagan ideas. For me as a reader, I enjoyed the sense that what I reading wasn’t all fantasy and from the author’s imagination. It gave it a sense of realism.

What I enjoyed about The Good People was the feeling that Kent managed to draw upon. As the village is set in a closeted community in a rural area of Ireland, there is a real sense of isolation and claustrophobia throughout the text. It felt as though the reader was invading upon something that was very private. With the use of Gaelic words too, and a very apt vocabulary, Kent really goes that extra mile to bring the reader deeper into the Irish landscape.

The characters were all well-written too. The women all had deep layers of conflict, personal history, and individuality that made them all very unique to the story. I enjoyed how radically different some characters felt from the others too, as it presented each situation in a unique way as we read it. What Kent also doesn’t do – a strength here – is give a clear answer to the riddle of Micheál. The reader is left wondering whether a priest, a doctor or Nance’s influence would’ve solved the riddle, or what he actually is. This leaves a good ambiguity to the text which makes it memorable after the first read.

This novel was my first introduction to Kent as a writer, and I’ve happily purchased the rest of her books.

A fast-paced, enjoyable dive into the world of rural, pagan Ireland.