At the time of writing this, I’m doing my annual reread of Harry Potter. So I thought that this would be very fitting.

I’m a massive Potter fan and have even met J.K Rowling (I cried a lot) – so I’m excited to delve into this! I stole this from Kat Possible over on Life and Other Disasters, so check out her post!

END_OF_DOCUMENT_TOKEN_TO_BE_REPLACED 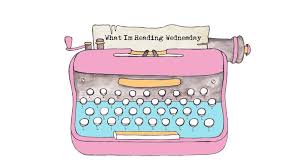 After promising to do this more often, I’ve failed. So here’s my June updates. Let me know what you guys think!

1: What have you just finished reading.

2: What are you currently reading.

3: What will you read next.

1: What have you just finished reading.

I’ve just finished this novel. I’m not really a thriller fan, but I did enjoy this. For fans of Gone Girl and Girl on the Train, I’d recommend this!

2: What are you currently reading? 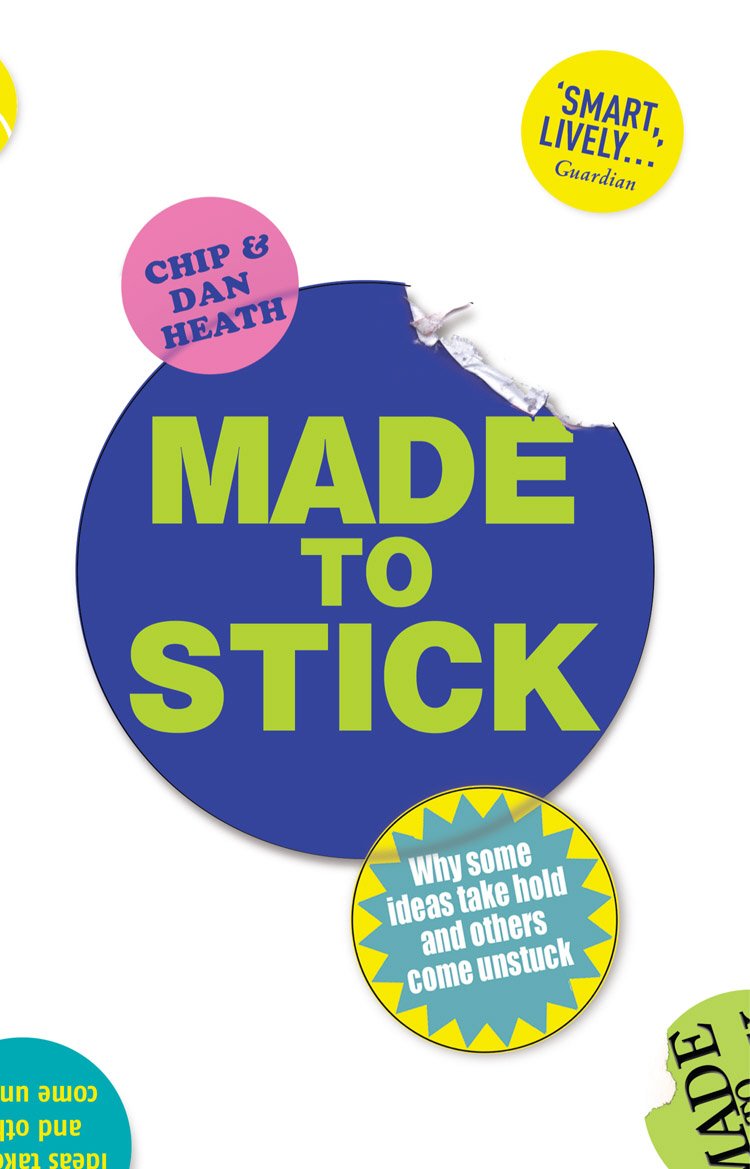 Given to me by my new job, this is a book that I’ve been advised to read to move forward in work. I’m not the biggest self-help, self-teaching book, but it’s quite interesting actually. Also, easy to read and doesn’t feel pretentious.

3: What will you read next? 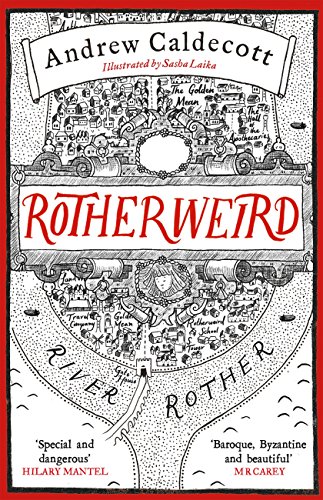 Bought this last weekend, and it’s just staring at me from my bookshelf. I cannot WAIT to delve into this. Plus, I love a book with good illustrations!

Let me know what you’re all reading next!

After a long spell away from blogging, I really want to return to this platform with love. So here’s my first 2018 ‘What I’m Reading Wednesday Post’ – something I hope to do every month or so to keep readers in the loop:

1: What have you finished reading.

2: What are you currently reading.

3: What will you read next.

1: What have you finished reading?

I’ve just today finished ‘The Bear and the Nightingale’ by Katherine Arden – a novel I thoroughly recommend to every fairytale fan.

2: What are you currently reading?

Tonight I’m going to start ‘Dangerous Women: Part I’ by George R. R. Martin and Gardner Dozois. Not only do I love badass tales of women, but anything set in the Game of Thrones universe.

3: What will you read next?

The Winter Palace by Eva Stachniak. This book has been staring out at me from my bookshelf for too long. 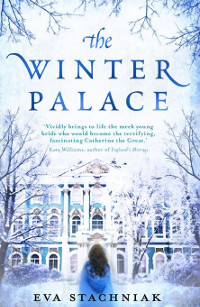 My next blog post will be a review of Shadowsong by S. Jae-Jones.

(Below is an essay written for the Nightmareland Book Blog Tour by Christina Henry for the promotion of her Alice and The Red Queen books. Big thank you to Christina for allowing me to be involved in this unique idea, and all those at Titan Books. Enjoy!)

Alice’s Adventures in Wonderland and Through the Looking Glass is a tale beloved by millions, so embedded in our cultural memory that nearly everyone can conjure up an image of Alice – from the original story, a film remake, a game or one of many re-imaginings done by assorted authors through the years.

Alice has taken on the quality of myth, a character no longer bound to her creator or origin story but a modern-day legend open to interpretation like those other contemporary fairy tale figures from Neverland and Oz.

Many people have never read the original Alice but feel as though they have, because so many qualities about the Alice story have entered our shared lexicon – falling into a rabbit hole, for instance, is a phrase that’s taken on a meaning and life of its own quite apart from the original story.

And images from the story – the disappearing Cheshire Cat who leaves his smile behind, the Mad Hatter and the tea party – have become a kind of shorthand, s
hared experiences that make us feel like we’ve all been part of Wonderland for a very long time.

I asked my son why everyone loves Alice, and he immediately answered, “Because there’s adventure. And magic.” I think these are exactly the two qualities that attract children and adults to this story time and again.

There is something enchanting about a world that you can fall into, where there is adventure but somehow never any real danger (despite all of the Red Queen’s blustering about taking off Alice’s head I never worried, as a child, that such a thing would actually happen), and where magical things occur with matter-of-fact regularity.

Then there is Alice herself. She’s very pragmatic throughout the story, in a way that makes everything else real. The famous quote about believing six impossible things before breakfast was actually said by the White Queen in response to Alice’s remark that “one can’t believe impossible things.”

This is fairly astonishing given that Alice has already seen and done more impossible things than most people, but it’s her clear eyes that make her such an attractive character. Alice is very firmly rooted, and that fact roots the story as well. When a fantastic world has this kind of steady grounding it’s easy to believe in talking caterpillars and disappearing cats. 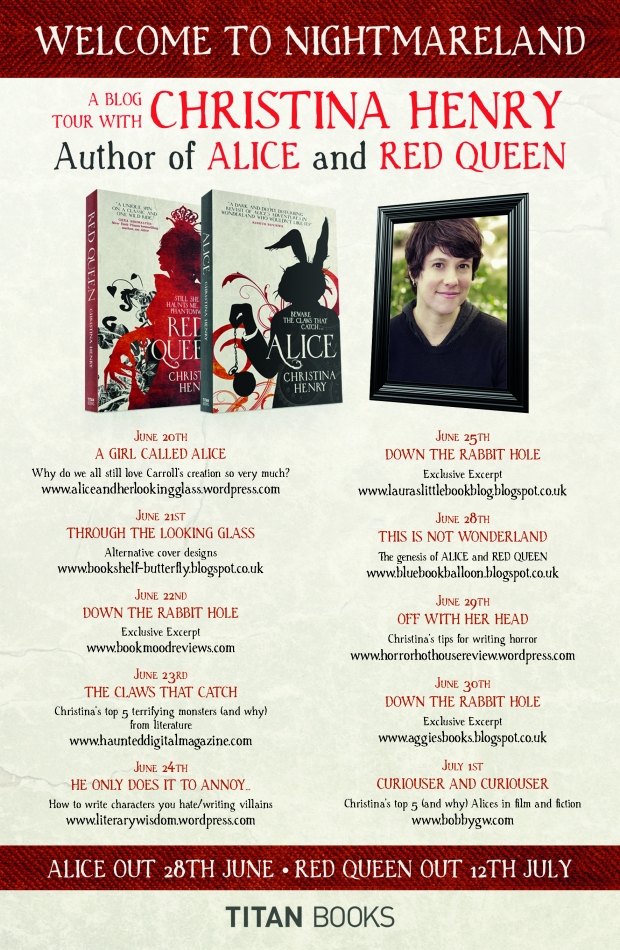 So, the lovely Lexi nominated me for a blog award! I’m so excited to have this Book Fangirling Book Award, and I highly suggest you go and check out Lexi @ DriftingLexi, as I always snoop on her blog to get good reading and reviewing tips.

Having never read Percy Jackson, it’s going to have to be Harry Potter. Truthfully, you could probably put up anything, and I would still pick Potter.

I’ve never heard of Lisa Kleypas, but I do love me some Elizabeth Bennett from Pride and Prejudice, or the eponymous character of Lady Susan from Lady Susan.

A difficult one. If we’re going for classic literature, I hold a soft spot for Heathcliff, because I do love the ‘mad, bad, dangerous’ ones. But if we’re going for more modern fiction, then it might have to be Luke from The Shopaholic series.

Ooh, latest book crush… It might have to be Boris from Donna Tartt’s The Goldfinch. He’s Russian, he’s slightly mental and he’s so interesting.

Book whose ending you disliked the most?

I haven’t hated an ending in a very long time actually, but I did dislike the ending of Christopher Paolini’s Inheritance Cycle, as it didn’t seem to be the most dramatic ending for such a promising series.

1: What’s your next book on your TBR pile?

2: Favourite cover art that you own?

3: Which book surprised you the most?

4: Have you read any book series, and if so, what series?

5: Favourite genre of book to buy?

So, there are my answers and my new questions! Thanks for reading.

I was tagged by Michelle at Book Adventures for this delightfully festive tag, so here we go!

♥ Name a book you would like to see under your Christmas tree.

I’ve been really into classical/un-Disneyfied fairy stories for a while now, and I’d love to own this very beautiful copy of Hans Christian Andersen’s tales.

♥ A book you’ll be reading during the Christmas season?

A Christmas Carol by Charles Dickens.

I’ll be reaching for the good ol’ classics this year. Going to blitz this on Christmas Eve and hopefully not be visited by any ghosts.

It’s become a tradition to watch this film over the festive season. I just love this tale so much! Plus Jim Carey makes me laugh so much.

I like it to look at, and to build snowmen in. I don’t like it when it becomes slushy and slippy.

♥ Name a character you would like to spend Christmas with

Harry, Hermione and Ron. Honestly, a cosy Christmas at the Burrow without any Dark Wizards would be so fun.

♥ What fictional place would you like to spend Christmas at?

Hogwarts! Can you imagine the atmosphere, the food and the magic?!

After Christmas dinner at couple of years ago, my dad and I went for a nighttime stroll where we ended up climbing over a fence, and walking along an abandoned pier.

♥ Can you say “Christmas tree” ten times fast in a row (pronouncing it correctly!)

YES. After a few attempts.

Have a wonderful holiday everyone!